DRIVER COLUMN // Vogel: ‘The Flowers of Victory Belong in Many Vases’ 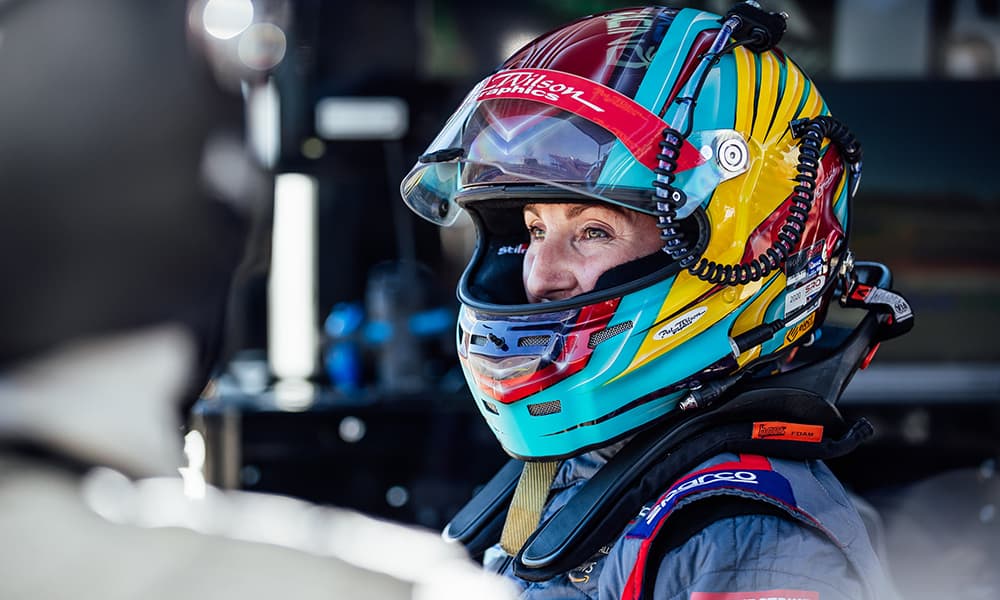 As published on Sportscar365.

As the great Michael Schumacher once said, “Never think that success is down to your performance alone. The flowers of victory belong in many vases.”

I grew up doing a lot of activities in which self-reliance was essential – equine sports, downhill skiing, etc. – and so didn’t learn the real value of a team until more recently.

These past few years in pro racing have been an eye opener to the potential of what a group can accomplish when moving in the same direction.

Racing with Mercedes-AMG and DXDT Racing this season I’ve seen the power of a team united. When everyone invests the time and energy in the work and believes in the results you want to achieve, the results will come.

So far in my debut season of GT3 racing in SRO GT World Challenge America, we’ve achieved one first-place victory that also included an overall podium, a pole position that we converted into a third-place class podium, and most recently a second-place class podium.

And while I would love to take personal credit for those results, the truth is that sometimes I was the weakest link in the chain.

Our victory at Virginia International Raceway in June must be credited entirely to my teammates. I drove a clean but not particularly quick stint in the first half of the race, but it was at the pit stop that we leapt into podium position.

The crew executed a perfect pit stop, third fastest in the field, and it catapulted us from seventh position in class to first, and up into the overall top three. Michael Cooper then went on to drive a perfect stint, keeping impressive pace and staying with the Pro class front runners and far ahead of the closest Pro-Am contenders.

In September at Watkins Glen, the car was the best prepared and set-up that it’s been yet, as we’ve all learned more and more about the Mercedes-AMG GT3 machinery with each event we contest.

On Saturday morning on a drying track I was able to confidently drive the car to a class pole, and Michael earned a third place starting position in the following session – our personal and cumulative best results with the No. 19 car to date. On Saturday, we as a team executed a superb race start to finish against more powerful competitors on the high-speed circuit and converted the pole position into a third-place finish, climbing the podium steps for the second time in 2021.

Just earlier this month, Florida’s Sebring Raceway saw us spray the champagne for a third time, walking away from a disappointing retirement in Race 1 with a hard-earned second-place finish on Sunday.

Saturday’s race saw us show promising pace, moving from the midfield into fourth in class before experiencing a suspension failure that forced us to park the car just 3 laps from the end of the race.

At Sunday’s race start, Michael was able to move from sixth to third in the opening laps, and we stayed in podium position throughout the 90-minute race. Waiting until the last possible second to execute our driver change and pit stop, I re-entered the race just as a safety-car period began, and at the restart was able to charge into the second-place position.

Bookended by two stronger Acura NSX race cars, I picked up the extra pace I had been looking for all weekend. With the Compass Racing Acura challenging from behind, my first green laps were a heated battle to keep my position, defending against the higher-powered car each lap at the end of the straight and pulling away ever so slightly through the more technical back section of the track, only to see the gap close again on the straightaways.

At one point my opponent attempted a late pass into Turn 1, but he couldn’t hold the line and I was able to over-under him to take the position back, and from that point kept a strong enough pace to create a comfortable gap behind.

I was slowly chipping away at the gap to the first-place car of Taylor Hagler but had sacrificed enough time in my defense against third place in the early laps that I wasn’t able to make up the lost time before the checker flag was flown. For the second time this season, we had both female competitors in GT World Challenge climbing up those podium steps, and that made second place feel like a win.

We’ll take that momentum with us this week into the season finale at Indianapolis Motor Speedway, with an 8-hour endurance race to cap off the season.

Bringing in long-time friend Thomas Merrill as our third driver, the team will race for eight hours against both American and European teams for points towards the Intercontinental GT Challenge championship.

The first three hours will see Michael Cooper and myself race for the final time in the GT World Challenge America championship.

Our months under the DXDT Racing tent on the No. 19 car have created a sense of confidence and mutual trust in each other’s work, and the resulting success has created a wonderful sense of camaraderie.

Our victories may be won on the racetrack, but they are forged under a roof built by discipline, consistency, and perseverance. I’m looking forward to closing out the season on a strong note.