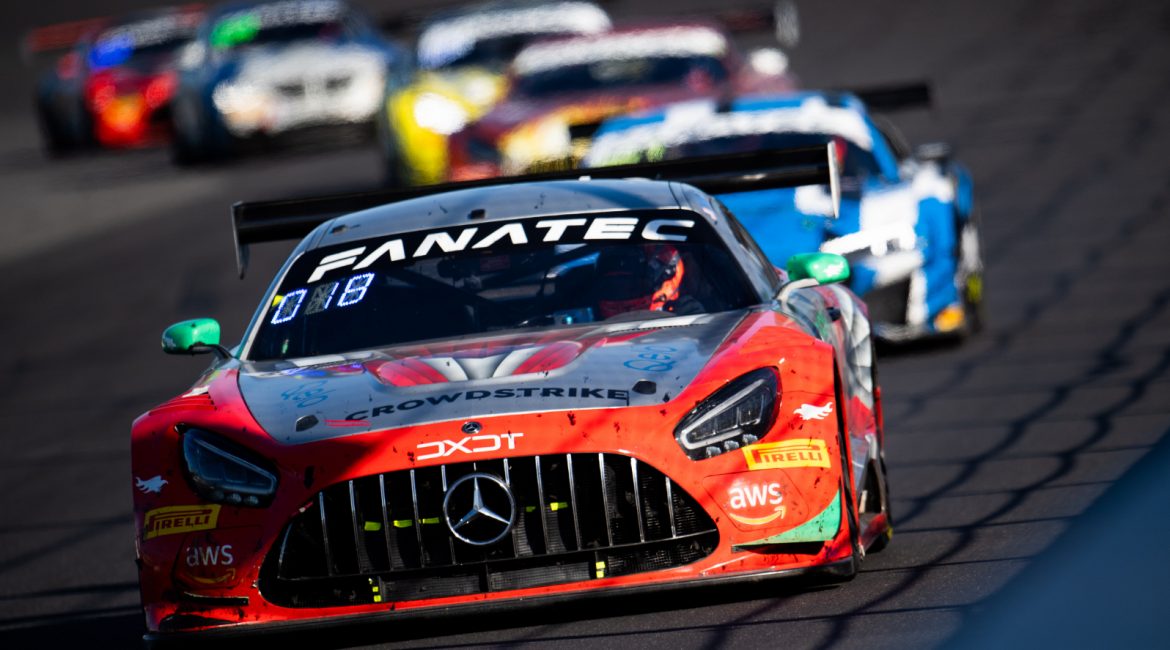 Now that the successful 2021 season has come to a close, the team will head back to headquarters in Statesville, North Carolina to prepare for the fast-approaching 2022 season, which will be announced at a later date.

GT World Challenge America / Indianapolis 8 Hour
In the headlining series, the trio of Mercedes AMG GT3 cars showed strong speeds early into the finale weekend, with the No. 19 of Erin Vogel, Michael Cooper, and Thomas Merrill qualifying third in Sunday’s main event. The season finale race for the GT World Challenge America was held within the first three hours of the Indianapolis 8 Hour, acting as a race within a race. Though the No. 19 Mercedes showed early promise, the car ultimately retired early due to heavy damage sustained during the opening race. The No. 04 Crowdstrike Mercedes AMG GT3 of George Kurtz, Colin Braun, and Ben Keating placed third at the three-hour mark, securing the team’s final GTWCA podium of the 2021 season. After a strong run to make up for lost time following a tire issue, the car retired with just two hours remaining, leaving the No. 63 Mercedes AMG GT3 as the sole DXDT Racing entry remaining.

The final five hours of the race were filled with caution periods and penalties throughout the entire field, consistently bumping competitors out of position. The No. 63 Mercedes AMG GT3 of David Askew, Ryan Dalziel, and Scott Smithson had a strong run in the top five for the majority of the race, but several drive-through penalties ultimately cost the team the podium finish, coming in fourth place, three laps down from third.

David Askew | Fanatec GT World Challenge America powered by AWS
No. 63 CrowdStrike/ DXDT Racing Mercedes-AMG GT3
I think this is the third Eight-Hour race that DXDT has done, and this year with the most cars we’ve ever run here. We’ve won it twice before including last year. This year we came up a little short. We had to retire the 19 car and eventually the 04 car. The 63 car soldiered on and came home fourth. Two Bronze drivers made a few too many mistakes, and that’s what happens in endurance racing. It’s a game of making the fewest mistakes. But we finished the race and we’re happy about that. We’re excited to move on to next year and a new season and come back here and do it all over again.

Ryan Dalziel | Fanatec GT World Challenge America powered by AWS
No. 63 CrowdStrike/ DXDT Racing Mercedes-AMG GT3
That was possibly one of the most frustratingly-run races I’ve ever done: Just a combination of errors from race control ruining not just our day but those of many other cars. It’s disappointing. We made our own mistakes but we got behind on a couple of penalties that weren’t our fault. We had to take some risks and it caught us out in a couple of incidents with David and Scott. It seemed like we had pretty good pace and were just as good as the other factory Mercedes. It’s a frustrating day but kind of a good result at the end. We had a good last four hours of the race. Both David and Scott had good stints and I was pretty happy with my own stint at the end.

Scott Smithson | Fanatec GT World Challenge America powered by AWS
No. 63 CrowdStrike/ DXDT Racing Mercedes-AMG GT3
It was a lot of fun. I finally figured out the car, so overall I think it was really good. It was a challenging event, but overall I’d say it was pretty good.

Colin Braun | Fanatec GT World Challenge America powered by AWS
No. 04 CrowdStrike/DXDT Racing Mercedes-AMG GT3
It was a tough day for the CrowdStrike/AWS/DXDT Mercedes. It’s not the result we were looking for, but I’m proud of our guys. George and Ben did a super job in the car. Luck just wasn’t on our side. You’ll have those days in racing. More than anything, I’m proud of the group and happy for all the CrowdStrike folks that got to come out and see what all this is about. When those folks come out, it’s always a lot of fun and reinvigorates you with what racing it is, how cool it is and how special it is to get a chance to be a part of. I enjoyed our weekend. We have a lot of positives to take away and look forward to what’s next.

Ben Keating | Fanatec GT World Challenge America powered by AWS
No. 04 CrowdStrike/DXDT Racing Mercedes-AMG GT3
We had an incredible time together at this race last year. At the podium we decided – right then and there – that we should do this again next year. Everything was the same except for the result! What I mean by that is that I really enjoy driving with Colin and George, and working with everyone on the DXDT Racing team. They were all incredible to work with. I do enjoy the Mercedes-AMG. It was difficult to struggle with the performance of our car and not find the smoking gun – we were struggling with our car and couldn’t figure out why. I think we were kind of hopeful that we would start the race and everything would be better. That’s just not the way it worked out. I don’t really think any of us thought it would be much different than that, but when you have a car that allows you to compete at the front, that makes for a long eight-hour race. All of us were just going through the motions of the race because we knew we weren’t going to have a chance at a podium. Regardless, it’s still a lot of fun to run with DXDT and be back in the Mercedes-AMG. I do enjoy the event, the car, and the team. It’s one of those experiences that you’re going to have every once in a while.

Erin Vogel | Fanatec GT World Challenge America powered by AWS
No. 19 CrowdStrike/DXDT Racing Mercedes-AMG GT3
I really had fun here this weekend. It was great driving with Michael and Thomas, and it was great having Thomas on the team with us. We qualified very well and knew we had a good pace for the race. Unfortunately, things just didn’t work out to our plan. I’m happy to cap off a great season with a lot of podiums. I feel like it was a wonderful debut season for us in this car and I’m looking forward to more of that in the future. Thank you to DXDT Racing for providing a great team and program to make this possible.

Michael Cooper | Fanatec GT World Challenge America powered by AWS
No. 19 CrowdStrike/DXDT Racing Mercedes-AMG GT3
It was a tough end to the year but I think overall we can take a lot of positives away from 2021. It was Erin’s first season in a GT3 car and she’s really come a long way. Her pace has improved a lot the second half of the season. Her performances at Sebring and here at Indy pace-wise were really impressive and I’m looking forward to doing more of this next year and fighting even further up the grid. Thank you to DXDT Racing for allowing us this opportunity.

Thomas Merrill | Fanatec GT World Challenge America powered by AWS
No. 19 CrowdStrike/DXDT Racing Mercedes-AMG GT3
It was so great to join DXDT Racing, Erin, and Michael in this car. I had a lot of fun this weekend. Unfortunately, luck was not on our side. I hope we get a chance to do it again next year. 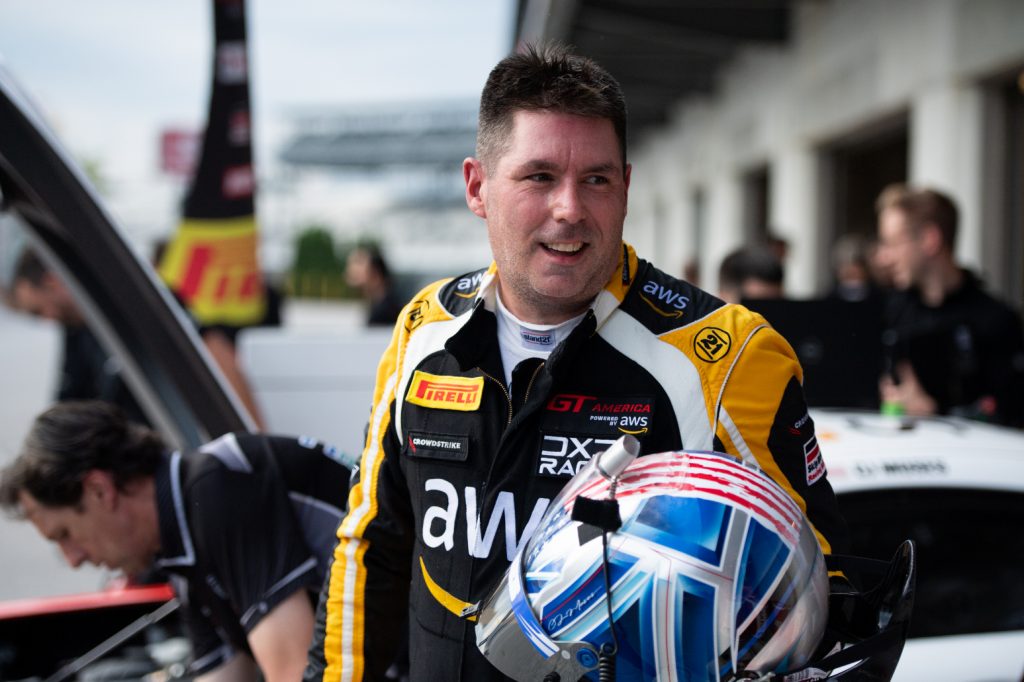 GT America
After a shortened qualifying session at a chilly and slick Indianapolis Motor Speedway, CJ Moses found himself starting from the rear of the field during GT America qualifying for race one. He started the race from seventeenth overall and quickly drove his way through slower traffic to finish in seventh. In race two, Moses had a better starting position but spent most of the race battling with another car just slightly slower than his No. 58 Mercedes AMG GT3. He earned another seventh-place finish, with DXDT closing out the GT America season for Moses and George Kurtz with a total of two wins and four podiums.

CJ Moses
The race weekend went well. It started off not-so-great in qualifying and ended up starting from the back. I made my way to mid-pack with a great run. I was able in the second race to go out and race really hard against a car I co-own. I wasn’t willing to damage either the DXDT car or the GMG car I was racing against. It was a fun battle. I was glad to end the season on a high note. Even though it was a shortened one for me due to work commitments, it has been a great one. I look forward to doing it all again next year and making even more races. 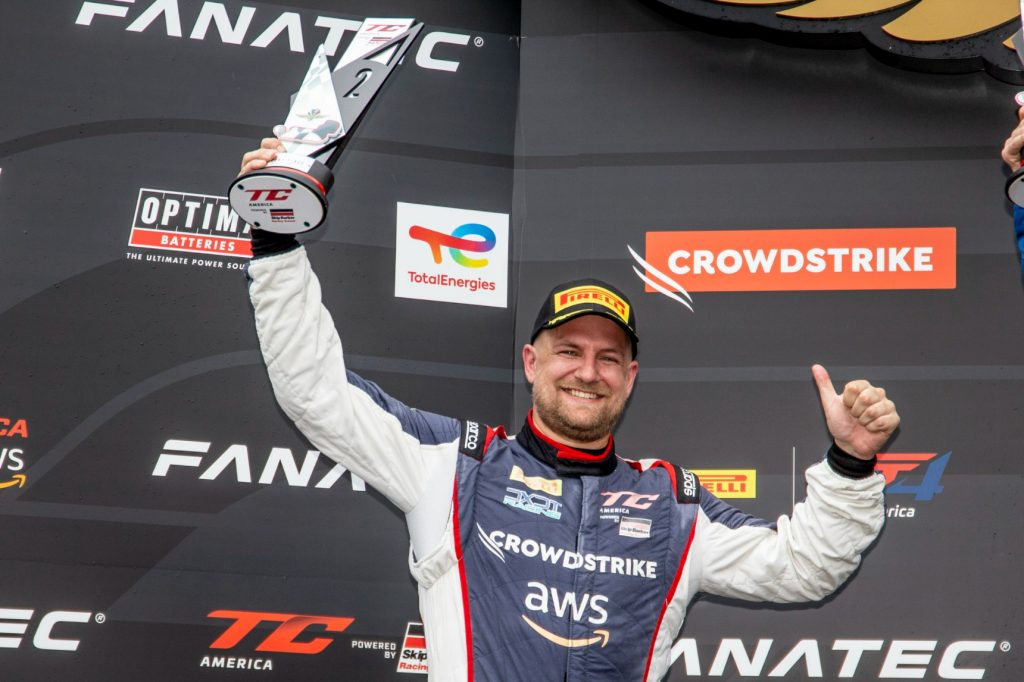 TC America
Kevin Boehm and the No. 9 Honda Civic Type R had the strongest weekend of the DXDT Racing group, driving to the podium twice in the double-header weekend. After leading most of race one to finish in second, the engineer-turned race car driver closed out his 2021 season with a victory in race two, capturing his third win and eighth podium of the year.

Kevin Boehm
It’s really the teamwork we had as a whole group. We have Operation Motorsport on board. They’re volunteering their time to come and work on these race cars. We really just try to make it go as fast as we can together. That’s probably the most memorable thing. Having my wife and my dad working alongside me the whole time is incredible. CrowdStrike Racing and AWS being able to put the car on the top of the podium for the last race of the season is great. I knew coming into the race that the odds of us winning the championship were pretty low. All I could do was try to win and the rest wasn’t up to me. I’m still happy with the season results. We’ll see what we can learn from this season. 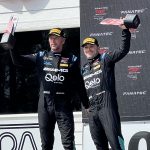 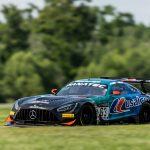 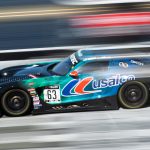