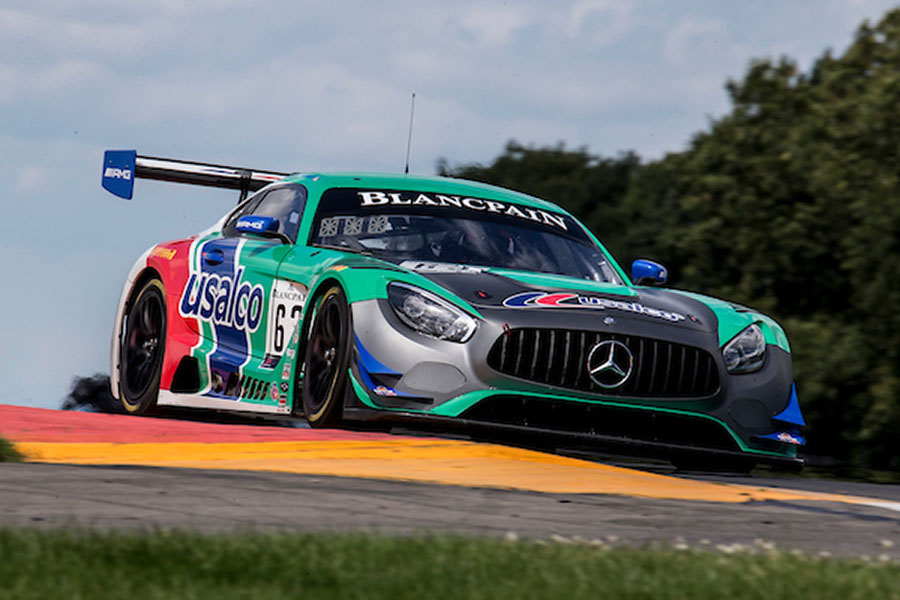 Competing in the Pro-Am class in each of The Glen weekend’s 90-minute Blancpain GT World Challenge America races, the DXDT Racing crew and drivers worked hard to improve the pace and performance of its Mercedes-AMG GT3s throughout the weekend.

“Our team goal was to go to The Glen and get our cars as fast as we could and as good as we could, and at the end of the day have two happy clients in me and George,” said Team Owner and Driver David Askew. “I was coming off of some bad weekends I wanted to forget, so my goal was to have two good races, finish both races and have some good racing and some fun.”

Both the No. 63 and No. 04 teams worked throughout the weekend with the full support of team professional drivers and coaches Dalziel and Braun.

“Ryan and Colin are good pros and coaches and do a great job working so hard on our cars all weekend,” Askew said. “On our team we took advantage of Ryan’s expertise and all of the track time to really get our Mercedes-AMG GT3 dialed in. He then went out and qualified P3 overall for Sunday’s race.”

Dalziel’s great qualifying run put him on the Pro-Am pole for Sunday’s race, but the typical mad dash into and through The Glen’s fast but tricky Turn 1 segment at the start caught the No. 63 out.

“In Sunday’s race Ryan just got swarmed at the start,” Askew said. “He went at the flag, when everybody else did, and just found himself swamped by other cars. He held his position and ran with the lead guys until handing the car off to me. I had a little dicing around with George there. He was a little faster, so when he caught me, I made it a little efficient to get around me. I think he had a good weekend.”

“The DXDT Racing guys prepared a fast Mercedes-AMG GT3 for Watkins Glen,” Braun said. “George had a great drive on Saturday and Sunday, and the team had great execution all weekend long. It was a solid weekend, but we definitely want more. Looking forward to Road America in a couple weeks!”

Next up for DXDT Racing and Blancpain GT World Challenge America is the next-to-last race weekend of the season at Road America, September 20 – 22.

“Tough weekend at Watkins Glen but some positives,” Dalziel said. “We for sure found some good speed in our Mercedes-AMG GT3 in qualifying trim, but both races we struggled to match that performance. So, we need to take a good look at our data and figure that out for Road America. Sad not to translate our strong qualifying run into a podium but on to the next one.” Kurtz finished Sunday’s race after Braun handed the No. 04 off to him in the middle of the race.