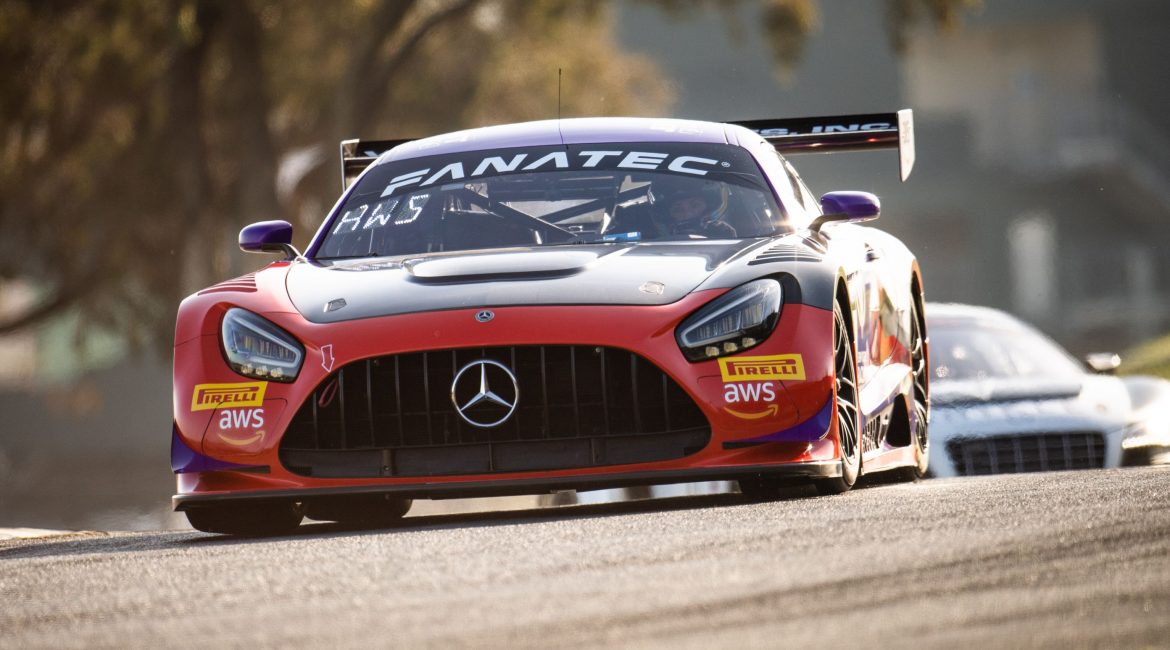 ALTON, Vir., (June 1, 2021) – Home race week has arrived for DXDT Racing as the Fanatec GT World Challenge America returns to VIRginia International Raceway (VIR) for rounds five and six of the 2021 championship. The exciting week of sports car racing will be a special one for the Statesville, North Carolina-based team, not only because it will be their first race at VIR as a “home track,” but it will be the first weekend since April 2020 that fans will be allowed to attend and access the paddock.

DXDT Racing underwent significant growth in preparation for the 2021 race season, expanding the GT World Challenge America effort, supplying two entries in the new GT America Series, and moving up to a new class in the TC America Championship. This weekend will be the first time since the COVID 19 pandemic started that the team will be able to show fans the fruits of their expansion in person: from the increased car count to the expertise of the engineering team and the growth of their expert crew, the team will have their strengthened effort on full display in all three series.

In honor of Memorial Day, VIR, in conjunction with Operation Motorsport and the USO, has turned the race weekend into a “Salute to Service,” offering free admission to all Active Duty service members, and 50% off for veterans. The track has also organized a special car corral where all proceeds will benefit Operation Motorsport, an organization that works with teams across professional auto racing to engage ill and injured service members and veterans affected by military service to aid in their recovery and rehabilitation. For event information and tickets, visit virnow.com/events.

Fanatec GT World Challenge America Powered by aws
Regarded as “Heaven on Earth” by famed actor and racer Paul Newman, VIRginia International Raceway will be the perfect circuit for DXDT Racing to continue the crusade for the 2021 GT World Challenge America championship with its trio of Mercedes AMG GT3 cars. All three cars sit in the top five of the Pro/AM championship standings, with George Kurtz and Colin Braun leading the team assault. The pair, racing the No. 04 CrowdStrike/AWS Mercedes AMG GT3, stands second in the points after closing out the previous round at Circuit of the Americas with an impressive win from their third-place starting position. Holding two podium finishes in the last two events, the duo is expected to start the weekend off strong in their quest for another victory at VIR. David Askew and Ryan Dalziel came close to a podium position in the Austin event, recovering from some mid-race attrition for a top-five finish in the No. 63 Mercedes. The pair earned the team’s first podium of the season at Sonoma Raceway, and after a successful test at VIR last month, the duo will be eager to produce a strong performance to earn additional points for the championship this weekend and advance from their current standing of third. After earning two top-five finishes in the opening round, Erin Vogel and Michael Cooper had their own string of bad luck at Circuit of the Americas, despite showing competitive speeds in the No. 19 Mercedes. but regrouped to complete a successful test at VIR in the No. 19 Mercedes. The field of DXDT drivers reported positive feedback after their May test and will be fighting hard to earn their first podium of the 2021 season

DRIVER QUOTES
David Askew | Fanatec GT World Challenge America powered by AWS
No. 63 CrowdStrike/ DXDT Racing Mercedes-AMG GT3
I’m so happy to get back to VIR. I just love the place. It’s literally the “greenest” racetrack on the planet. Since we’ve moved the shop to NC, and being 2.5 hours away, it’s kind of become “our” home track. We’ve tested a bunch including just a few weeks ago and the AMG GT3 is usually pretty strong at VIR. What I’m most looking forward to is fans in the paddock! They really add a lot to the experience and it’s been weird without them.

Ryan Dalziel | Fanatec GT World Challenge America powered by AWS
No. 63 CrowdStrike/DXDT Racing Mercedes-AMG GT3
VIR is one of my favorite tracks and it’s a favorable AMG layout so we are looking forward to a good race for the No. 63 car. We have had an up and down season so far so we really need to get our championship back on track and have a good, solid, and trouble-free weekend. We had a great test here last month and David ran his fastest laps ever there so I feel good about our weekend in advance.

Colin Braun | Fanatec GT World Challenge America powered by AWS
No. 04 CrowdStrike/DXDT Racing Mercedes-AMG GT3
It’s amazing to look back at the last year to see how we all have continued to progress. Everyone on this program takes every opportunity to learn. It’s a team effort that continues to pay off with race victories. Last year’s win with George at VIR really set us on a course where we feel like we can win every time out. It shows how the work and effort we put into our racing pays off.

Erin Vogel | Fanatec GT World Challenge America powered by AWS
No. 19 CrowdStrike/DXDT Racing Mercedes-AMG GT3
I love VIR. It’s a challenging track that rewards patience, thoughtfulness, and confidence. Driving the car flat out up the esses and into the braking zone for Turn10 lap, after lap, after lap, is a little bit insane, and combined with the more technical corners, it’s just a track that has incredible rhythm. In early May, we had a very successful test at VIR and so we’re feeling very strong as a team coming into the race weekend.

Michael Cooper |Fanatec GT World Challenge America powered by AWS
No. 19 CrowdStrike/ DXDT Racing Mercedes-AMG GT3
There’s nothing quite like racing at VIR. That risk/reward factor of a natural terrain road course is something that can’t be replicated. We’re lucky to be able to compete at a number of great tracks such as this one. VIR rewards a car and a driver that can be consistent not just over a lap but throughout an entire race. The Mercedes has always been strong in Virginia for a variety of reasons; the track just suits the car very well so I’m looking forward to getting back to racing with Erin.

GT America Powered by AWS
George Kurtz started off the inaugural GT America championship from secure standing, earning back-to-back wins in the opening weekend at Sonoma Raceway. His early success in the No. 04 CrowdStrike/AWS Mercedes AGM GT3 allowed him to keep hold of his championship lead after a challenging weekend at an unpredictable Circuit of the Americas doubleheader. Following his 2020 victory at the iconic road course, Kurtz and his team of engineers will quickly get up to speed in the approaching weekend. Teammate CJ Moses missed the first two rounds of the 2021 season, but quickly got up to speed at Circuit of the Americas, earning a top-ten finish in his first race of the season. Moses also has ample experience and success at VIR, earning a second-place finish in 2020 at the demanding triple-header event.

DRIVER QUOTE
CJ Moses | GT America
No. 58 CrowdStrike/AWS/DXDT Mercedes-AMG GT3
It’s always great to go racing, but to do it at a place like VIR where I have a lot of experience and background makes the weekend even better. This event comes at a great place in the schedule where I can focus more on continuing to learn the Mercedes-AMG GT3 and not have to worry about learning the ins and outs of the track.

TC America Powered by Skip Barber Racing School
Kevin Boehm’s success in the TC America championship continues to give momentum as the season continues. The 2020 TCA class champion has finished in the top five for all four races so far this year, most recently winning round four at Circuit of the Americas. As engineer and driver, Boehm sets himself apart from his competitors by also being a constantly active part of his car’s setup throughout each race weekend. With three podiums in four races, Boehm’s consistency and dedication to his racecraft have brought him to the TC class lead in the championship points in the No. 9 CrowdStrike Honda Civic.

DRIVER QUOTE
Kevin Boehm | TC America
No. 9 CrowdStrike/DXDT Honda Performance Development Civic Type R TC
I’m a little surprised by the success we’ve had so far this year in the TC category. But that shows how serious we are about the challenge and level of competition. We take every minute on the track as an opportunity to learn and gather data on the HPD Type R TC. Gaining that knowledge now will put us in a better situation late in the season when the championship is on the line.

All qualifying and race sessions will stream live on YouTube.com/GTWorld, and live timing will be available via TSL.